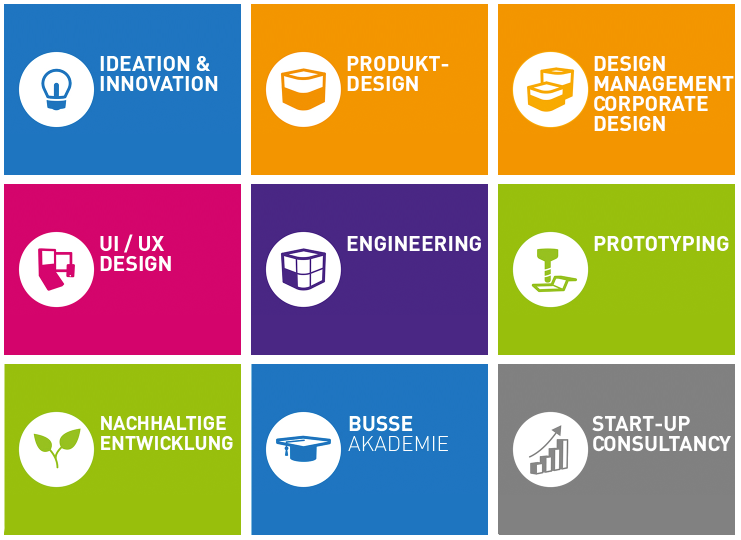 Founded in 1959 by Rido Busse, one of the first graduates of the legendary HfG in Ulm, BUSSE Design+Engineering remains one of the top addresses in Europe when it comes to successful product design and product development.

With almost 60 permanent employees, BUSSE is still committed to the creed of the HfG and its founding concept: Connecting and consolidating all expertise and relevant criteria for a products success in one location.

In addition to product designers and engineers, BUSSE continues to produce on more than 1,000 square meters prototypes and small batch productions. Due to the fast technology cycles in electronics, since the turn of the millennium, the subject of electronics development is no longer covered in-house. Instead BUSSE cooperates with specialized strategic partners and created the new user interface and user experience design department, which is exactly specialised on the interface between hardware and software products, that work smart and connected.

The design zeitgeist of the last sixty years: design icons and classics from BUSSE

Numerous design icons and classics have been created since the foundation of BUSSE: The Krups mixing bowl, the Telekom telephone booths as well as the Dr. Best toothbrush are just a few of the many notable examples of the portfolio. BUSSE has shaped the zeitgeist of the design in many sectors and thought ahead, as impressively seen in the field of hand-held tools or in machine design. Over the past six decades, many world market leaders have relied on the design expertise of BUSSE or used the synergies of a strategic partnership.

This includes companies like STIHL, WÜRTH, HAZET, Fresenius and many more. 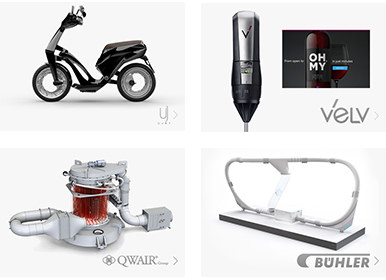 Setting impulses and leading ahead in the market

In this tradition, BUSSE not only develops many current products, but also drives visionary projects as well, which provide new impulses and lead the market ahead. It is precisely in this point, where BUSSE can rely on the full force of a holistic approach of all specialist areas and strategic and methodical thinking. On top of the human centered design process and the early involvement of lead users in the usability driven innovation process, BUSSE developed additional methods to identify innovative ideas at an early stage, select the right ones and check their feasibility in an agile and efficient manner.

New trend setters and game changers such as the electric scooter UJET, the wine decanter Velvwine, innvoative BÜHLER conveyor systems and the QWAIR water treatment system have all been created in this innovative way. Our slogan perfectly summarizes the approach: "A person is truely creative, when they not only have ideas, but also implement them." Apart from the initial idea, BUSSE regularly scouts current and future design trends, technologies and materials, and supports numerous start-up as well as disruptive projects of established companies. 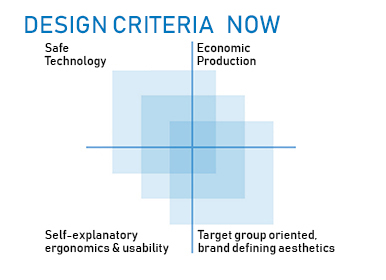 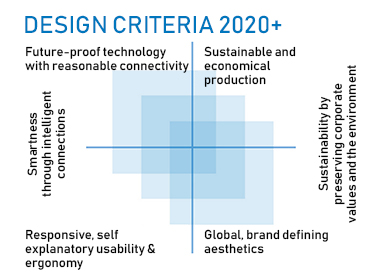 Design criteria of the present and the future

Unlike any other design office, BUSSE represents the perfect combination of competing requirements of manufacturability, production costs and function in contrast to the brand-defining and target group-oriented aesthetics and an optimal usability. The founder Rido Busse formulated these design criteria already as early as 1959. Due to the diminishing technical differentiation possibilities in the 21st century, they are becoming increasingly important and as relevant as ever. As part of a constant change we used the jubilee year to expand the design criteria with the aspects of sustainability and sustainability.

That is also why BUSSE celebrates the jubilee year exactly under this premise:
The focus is not on the retrospective, but the outlook into the future.

1959 BUSSE Design is founded by Rido Busse, one of the first graduates of the HfG in Ulm.

1964 Even the first workshop in the basement of the private house of Busse shows the strong connection of design and technical impact in the service of a holistic product development, a leitmotif of the company still to this day.

1963 The Krups slicer, birth of a still relevant archetype.

1966 The 'Dahlespitzer': At the time of handcrafted technical drawings this pencil sharpener revolutionized the dirt-intensive handling of the work equipment of the engineers. It also achieved real cult status with his involvement as a prop in the spaceship Orion in the ARD science fiction television series "space patrol".

1973 In the innovation seminars developed jointly with Professor Rohrbach, ever since amazing ideas have been found, many of which become successful products.

1975 Rollerblades and inline skaters are well-known today, but only few know, that already in 1976, the Speedies rolled ahead of the boom.

1977 At the"Ambiente" expo in Frankfurt Prof. Busse discovers an exact plagiarization of the Söhnle balance 8600, which are designed by him. That is the reason, why BUSSE decided to draw the attention of the public and the legislators to the effects of plagiarism and counterfeiting by awarding a negative prize.
Since then, the 'Plagiarius' award is annually given to the biggest offender in this area at the Ambiente in a press conference

1978 A good example of the period when innovation equaled multifunction: A washbasin with integrated bidet and drying hood with a make-up table and a mirror.

1983 The Rotpunkt vacuum jug is  a well known and used object in Germany.

1986 Sometimes, there are products that astonish the viewer: A classic in this genre is the Römer bicycle child seat, in which an entire generation of children have been swung around under the bicycle seats.

1988 Design should always create products that are at the height of their time: Aesthetically, technically, industrially and socially pleasing. Direct hits have the chance to become classics. In recognition of such top performances BUSSE created the Busse Longlife Awards, which itself became a classic of the design awards.

1992 Well intended facilities sometimes suffer from their side effects. The recessed recyclable container avoids noise and ensures a clean environment.

1995 SIRONA Hygiene Center for Siemens for the Resterilization of Dental Tools was completely developed by Busse Design.

2001 The large donation campaign 'Spatzenaktion'  raises about 400 000 DM for the rehabilitation of the southern tower of the Ulmer Münster. The famous 'Ulmer Spatz' (sparrow of Ulm) was brought into a contemporary form with professional methods and reproduced twice in size 250 times. Designed by artists of all stripes, they adorned the city for a summer until they were auctioned.

2003 When the tram fleet of the city of Ulm was replaced by new Siemens Combino vehicles, BUSSE was allowed to design these individually and thus enrich the city appearance of Ulm with a modern, sympathetic flair.

2005 The carpule syringe designed by BUSSE was given a great honor because of its intelligent concept: The inclusion in the permanent collection of designs of the New York Museum of Modern Art.

2007 Another local activity with the city of Ulm: A traditional wide-beam shed was equipped at BUSSE with modern roof construction including solar technology. Since then used on the Danube as a reaction ferry, this offers an interesting symbiosis of traditional methods and environmentally friendly concept.

2011 Change in management by Gabriele Busse-Kilger and Felix Timm

2012 Expansion of core competencies, especially in the area of interface design and series production by gaining numerous new employees. Also our company building is renovated, the welding shop is expanded, and the company is a recertificatated ISO 9001 company.

2014 50 years of successful cooperation with STIHL

2016 We design a complete new cordless line for STIHL

2017 Complete development by BUSSE: The UJET electric scooter. From the idea to the street approved prototype, all steps are supported by BUSSE.

2018 We establish the UX720 principle, in which a product is analyzed twice: Both from the three-dimensional and the two-dimensional, graphical view of usability. 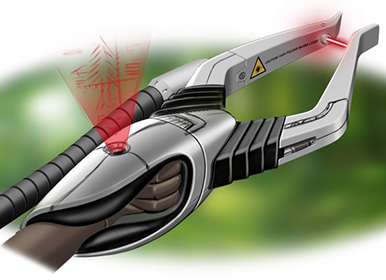 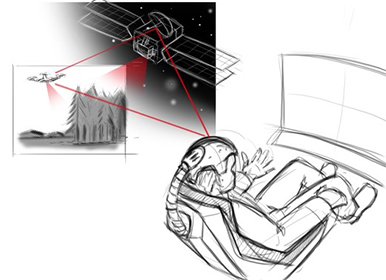 After 60 years on the edge of innovation and tehcnology, we are currently wondering what products will look like in 60 years. Not only from the point of view of the technologies available today, but also from the consideration of how we imagine a life in 60 years for ourselves. We have already reviewed many publications and conducted exciting internal creative workshops. On the basis of some exemplary products, we are currently venturing into the development of the first interesting theses. 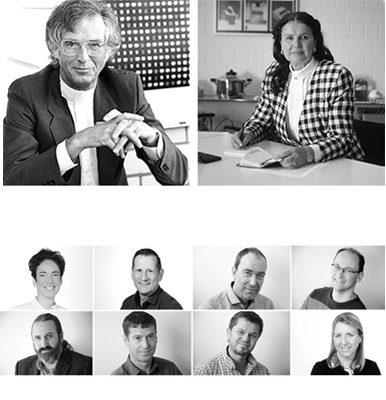 The topic of sustainability is far more to us than the currently medially focused ecological footprint. By definition, sustainability is first of all a "long-lasting effect." In fact, we have always been committed to preserving values ​​with our customers and strengthening them for the future. "We want our customers and us to succeed in the market over the next 60 years without missing any innovations, without oversleeping significant changes in technology, but also without being too volatile.
One of the first milestones for this was the generational change in the BUSSE leadership, which was successfully completed in 2010/2011 and the establishment of a young "second level" of responsible and dedicated project managers and employees who love what they do, namely shaping and developing the future. The associated changes and the balancing act between existing markets and products and the opportunities of new technologies, smart features and business models currently employ many established companies.

Of course, we also want to sustainably align our products and their development, as well as our own company. This includes the use of resources, material selection, service and recycling as well as overarching concepts like the ecological definition of sustainability. This is an process that will become even more important over the next few years, and must also be balanced with current and future market conditions and considered globally.

So, as you can see, the next sixty years will not be boring here at BUSSE!

We look forward to further reports about our jubilee year and the related topics!

So if you want to stay in touch, feel free to subscribe to our quarterly newsletter below.

(Note: The newsletter is in German)

We are looking forward to hearing from you.

Send us an e-mail to
info@busse-design.com